What Is the Difference Between a Solid Core and an Aerated Core Hybrid?

This is a question that is little talked about but is very important. People often think that a Hybrid is a Hybrid, but this is not the truth. While both types of hybrid have much in common, they also have much that differentiates them.

Previously we have talked about the difference between WPC and SPC Hybrid Flooring, but these products are now a part of larger families. In my time in the flooring industry, I have been fortunate enough to be with companies who were at the forefront of both WPC and later SPC flooring. In both cases, we were right at the forefront of these categories, and I have been involved in investigating site related problems with both categories, so you might say I have been at this for a while.

In this blog, I will try to make sense of the difference between these 2 different categories, and how the layperson can tell them apart, and make an informed decision on which best suits their needs.

How Did the Hybrid Flooring Category Get Started?

When hybrid first hit the market in Australia, it was WPC (Wood Polymer Composite,) and was only taken on by a small handful of suppliers in a very limited way. This was an example of an Aerated Core Product and was problematic, to say the least.

The company I worked at, at the time was the first to dip its toe into the WPC market. We were a hard flooring company, specialising in timber, bamboo and laminate, and when LVT (vinyl plank,) flooring hit the market, much of our laminate sales were lost to vinyl planks due to their waterproof nature. We needed a product that matched our ideology but was waterproof, and fitted into the mould of the products that we sold that locked together in rafts.

A couple of years later we discovered WPC flooring and brought the first containers of the product into Australia.

It was our answer to prayer. But it was also a disaster. We should have been careful what we prayed for!

This company maintained an investment in the WPC flooring category (as it was not yet called ‘hybrid’,) but the success was less than mediocre. The first few jobs had ended badly, and the product had quickly burnt its reputation. It was a dead duck in less than a year.

Another couple of years passed and one of the main flooring conglomerates was releasing a new flooring category from three suppliers. Two suppliers (one of which was Signature Floors, where I was working at the time,) were bringing out the new SPC (Stone Polymer Composite,) my previous company suck with their WPC. Both of these categories were placed into the ‘Hybrid’ category that this conglomerate was launching, and the name stuck. WPC was now able to hide in among the SPC and finally started to sell.

So let’s look at these two Hybrid Families and how they differ:

What Is an Aerated Core Hybrid?

An Aerated Hybrid Floor has a core which is ‘Aerated’. This is achieved by adding a foaming agent to the base product before extrusion, which creates a honeycombing within the core itself. In terms of Chocolate, think of this like an Aero Bar. The air in the product makes it weigh less as there is less density of the basic material. The bar itself may have the same volume as a solid block of full cream dairy milk chocolate, but there is less there in that space.

While WPC was the first Aerated Core Hybrid, others have come along in the meantime, and have distanced themselves from WPC. K-Core (Karndean’s KorLoc,) and more recently IPC (Infused Polymer Composite,) both claim that they are not WPC, but their performance is very similar. 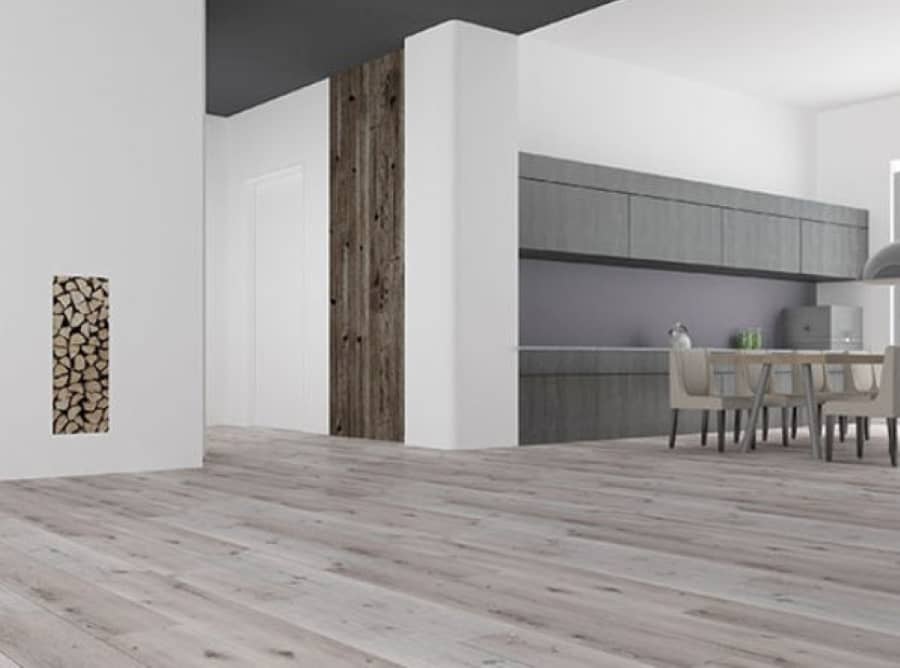 What Is a Solid Core Hybrid?

A Solid Core Hybrid Floor has a core that is solid with no Aeration through the core. No foaming agent is added to this style of Hybrid Flooring, ensuring that there is little to no aeration in the core. Again, in terms of Chocolate, think of this one as the block of full cream dairy milk. This product weighs more because it has a greater density.

There are only two main types of Solid Core Hybrid, and these are SPC and ESPC (Engineered SPC). ESPC had a short life but has not had a great uptake. It is a core of SPC sandwiched between 2 thin pieces of Vinyl plank flooring. The extra cost that this added for no discernible benefit means that it is not a player in the market. Therefore, when we are talking Solid Core Hybrid, for the vast majority of the time we are talking SPC. 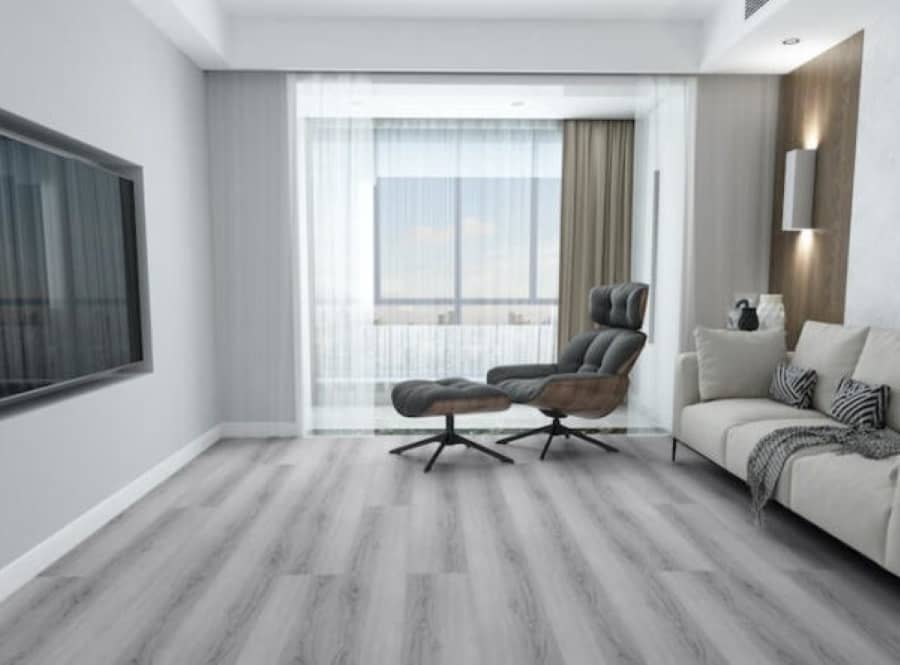 How Do I Tell the Difference Between an Aerated Core and a Solid Core Hybrid?

To look at it is pretty difficult for the first time observer to tell the difference between the two Hybrid types. However, once you know what you are looking for, it is quite simple.

There are 3 main ways to tell these two different kinds of Hybrid apart:

Is One Type of Hybrid Better Than the Other?

Let’s have a look at a few different areas, and how these two different kinds of Hybrid perform in these areas.

The areas we will look at are as follows: So is one better than the other? It depends on what you want. While the Aerated Core products are quieter, the success of the Solid Core Hybrids has been due to their stability, and their ability to go just about anywhere without complaining.

This is not to say that things won’t change. Laminate flooring is a classic example. It was almost written off as a category and has bounced back with amazing highly water-resistant options.

The development will continue in the Hybrid Space, as the race is on to find a product that is stable, quiet and less expensive to move around the country. Solid Core Hybrid is incredibly heavy (it is made mostly of limestone,) so inventive manufacturers are looking at ways to lighten the product without reducing its performance.